I attended the first - BLACK LIVES MATTER - Peaceful, protest in Toronto, 2014. People were upset that Ferguson, Missouri police officer Darren Wilson was not charged with the murder of Michael Brown and protested the decision. Hundreds of protesters gathered outside the U.S. consulate in Toronto holding signs that read “black lives matter” and shouting ” being black is not a crime.” Others held a candlelight vigil in memory of Michael Brown, the unarmed teenager who was 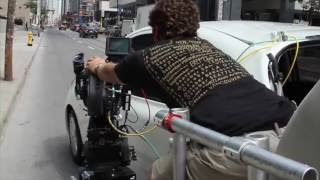 At the helm on the Chao Phraya River

Corporate pillars. Too Few Control Too Much.